It is my desire that I will not only grow myself, but that I might inspire others to take a step toward their own personal growth. 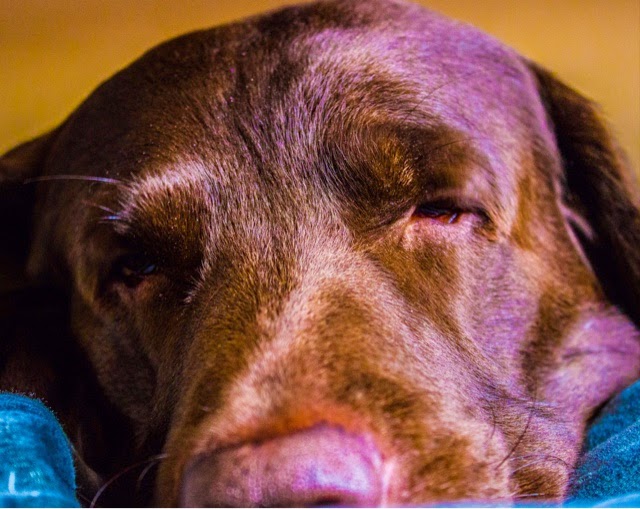 Oh! so it can be done from the mobile app on iOS.  I'm going to assume that my cousin would like to upload from her computer however, so for now, please check out what I did with this picture of my dog.
Posted by Tottenmom at 7:03 AM No comments:

The other day; I got a chat message from my Father-in-Law telling me I should check out what seems to be a fairly new website called Nuvango.  I don't know yet what the product quality will be like from a buyers perspective; so if anyone has first hand experience with it please let me know!  I've uploaded a couple of "starter" images, and have been working on putting together some more work to upload.  If you want to check out what I've got so far, it should be as easy as going to my Nuvango profile.

Also; is there a certain kind of image you look for when buying skins(Cartoonish, abstract, patterns etc.)? I'll probably need to test out this new "Poll" feature I have heard was added to Google Plus, but haven't had the time to check out yet.

In other news, I've upgraded to the iPhone 6.  Every time I pick up a 5s now; I wonder how I ever used a phone so small!  There are some "glitches" but they seem to have evened out and resolved themselves.  Why not a 6+? Well, I tried to hold it securely with one hand...  it was painful, so my suggestion is that unless you have huge hands, go for the 6 instead!

On a decidedly "non-tech" note I have dragged my sewing machine up from the depths of basement storage in hopes that I can still remember how it works; and that I don't need to search online for parts etc.  I will be attempting to crank out a bunch of projects so I can cut down on the stacks of fabric and scrap materials that have yet to come up and join said sewing machine upstairs. Nobody ever said cutting down a stash was easy; and if they did, well... they're either really good at it, and/or have never had as many, or as much as I do! Yarn, clothes I intended for repurposing, various beads/metal parts etc collected for use in some kind of craft activity...

Anyway; have a great week people!
Posted by Tottenmom at 10:21 AM No comments:

iOS gets Ingress, I play with iMovie, and the sick boy is starting to feel a little better.

Good Morning!  It's been a beautiful summer so far, and a productive one too!  If you follow me on Google + (or if we're "friends" on Facebook) you know that in June I was at an Ingress Anomaly in Gettysburg, that because we brought JoopyLoopy along we won a pack of T-shirts, and that the Resistance kicked butt.

More recently; we FINALLY figured out how to make our vision insurance work in our favor, and got "sick boy" his glasses.  I'm calling him "sick boy" because for the last few days he's barely left bed.  He's been sporting a fever, the pukes, and lack of appetite. Last night (day 3) he finally started to ask for food; which according to the doctor means he's finally starting to get better.  This stomach bug has had me stressed beyond belief.

Also, Ingress is FINALLY out on iOS!  If you're jailbroken and having issues check out this thread on reddit; which should fix any problems you're having, and note that iOSer's still do NOT have a built in way to submit portals.  Frankly, this has caused me to continue dragging my Android (Moto G) (unactivated and tethered) along with me just in case I find something interesting that isn't a portal yet.


Along with the release of Ingress on iOS, came the announcement of the Eve Badge; which is a recruiting related badge.  I came across a video made last year by a fellow agent which was fairly impressive, and decided to start playing around with iMovie.  I've got one "project" which I'll share with you all when I get it finished; but I warn you...  It will feature Chickens. Yes, my flock of White Leghorns and Black Copper Marans will be featured.   If anyone local is in need of a Rooster; we will likely be looking to home at least 2 Black Copper Maran Roos sometime soon.
"Google Now" is the smallest (I question his hatch date given how small he is)  They are handled as much as we are able, which is not always daily.  The other two are "Hoodie" and "Spike Jr." presently we are undecided on exactly who will be in need of a home; and we aren't yet clear which of the Leghorns are roosters (if any; but we are suspicious).

It's official.  I don't hate the iPhone 5s.  I know that statement might be offensive to some dedicated Android users reading this; but honestly I've never been one to like or dislike something, just because it makes people happy.

I find the actual experience as a user about equally as enjoyable as the Moto X was.  I absolutely LOVE the fingerprint recognition, which along with some Cydia modifications has made installing apps, and navigating between the ones I'm using pretty easy.  I do need to say that I still find that process easier in Android; given that there is a specific "button" for it.   I miss Moto's active notifications, and voice controls, but I haven't yet had the time to figure out how to set something similar up on the 5S to compare voice controls. I also miss being able to access the Play store for music on my device, as well as having a queue that I don't need to set up every time I open Google Music.

I also have gotten over my prior hatred of it's shape.  While I find that the Moto X with it's curved back and it's "finger dimple" are preferable for a clumsy person such as myself; and I hope I never have to test the durability of the 5S falling down the basement stairs, The iPhone is not uncomfortable to hold or use.  I haven't had any mishaps where the speakers crackle. The camera takes great pictures (unlike the Moto X) and iOS users get at least ONE app from Google that Android users still have not.  YouTube Capture, which simplifies video making (to an extent) for upload to YouTube.

Ingress is regrettably missing from iOS still; but I already hit level 8 mid 2013, so I can deal with using a tethered tablet for that.  Speaking of which; I may have to use some of this incredibly huge amount of downtime at Lionbridge to work on an #ingresswear submission.
Posted by Tottenmom at 7:42 AM No comments:

Craigslist made me try iPhone 5s

It all started when my Moto X began randomly rebooting on me. I would spend several hours ticked off about it, and then I would be back to just loving touchless controls, the shake to open camera (even while the camera was a disappointment), and it's durability which allowed for countless drops and abuse including two trips down the stairs. The worst that happened was cosmetic damage and the camera opened every time.
Each time my husband would post an ad for a trade on Craigslist hoping for an iPhone 5 or maybe a 5c. Each time there was an offer it just didn't work out, either because I couldn't let go, or because plans to meet with people fell through.
Yesterday I got a text from someone who wanted to know if I still wanted to trade, only this time they offered a 5s, which tbh is worth more than a beat up Moto X, or even a new Moto X, which means if nothing else means that I can make $100 off it.
So accept I did. I took a 20 minute drive and traded my beloved Moto X for a black iPhone 5s, and tried not to cry as we switched SIM cards and phones. The whole time I was wondering who in their right mind would make this trade knowing that they could sell the iPhone and a brand new Moto X. The answer is simple, she missed Android, and couldn't handle the change to iOS.
So I will be giving iOS a chance to win me over, and if I miss Android too much, I'll just sell this, and go get a brand new Moto X.
I will probably talk more about the change, and how I'm dealing with it in the future but for now; I switched to an iPhone because Craigslist offered me a deal I couldn't turn down.
Posted by Tottenmom at 9:55 AM No comments:

I've used launchers in the past, and while they have tended to allow more personalization; they mostly just made life more difficult.  Aviate has deviated from that course, and I must say that it definitely paid off.


Let me just break things down a bit.

As of 10/23/2013 I still have invites for people who need them!  Get me your email address if you want me to TRY and send you one. I say "TRY" because several times I've been beaten to the punch by the waiting list, and people have already been sent invites.  Also, keep in mind that I personally have 4 left, and when you install, you will also get 5 invites to share (at least that's how it WAS working when I got it).
Posted by Tottenmom at 12:27 PM No comments:

Hello folks!  I realize that it's been more than a month since I have posted anything, and so to bring us all up to date:

I am still IN LOVE with my Moto X, and as I have posted on Google+, I am in the process of taking "Aviate" (it's still in beta so you need to get an invite if you want it).  I will not give anything away as far as my thoughts on the launcher, I hope to find time to post a detailed review of it in the near future.

That's all for now folks!
Posted by Tottenmom at 7:46 AM No comments: